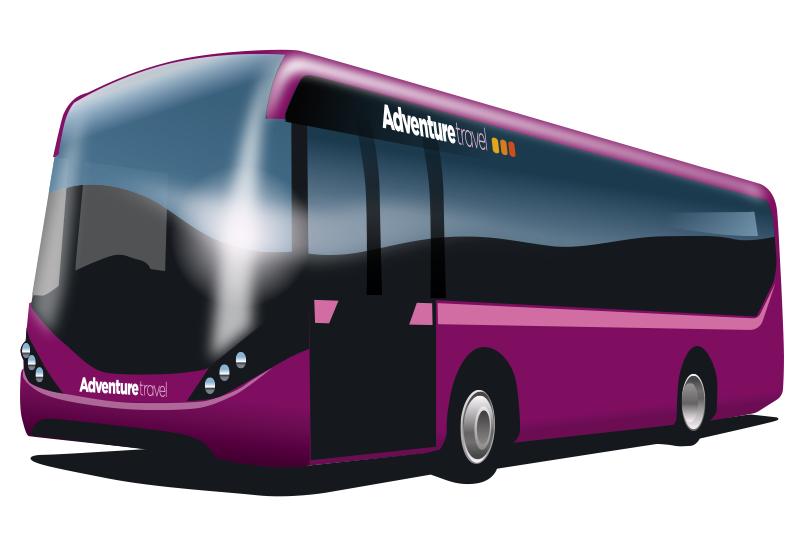 Adventure Travel was successful in retaining route G1, which operates in the North Cardiff / Gwaelod-y-Garth area when it was retendered earlier this year. We have committed to providing a smaller bus for this route, which is currently being built for us. This service is operated under tender to Cardiff City council. The G1 route temporarily moved to a ‘fflecsi’ demand-responsive service as part of a trial between Cardiff City Council, Transport for Wales and Adventure Travel, but the service has now returned to a standard, registered bus service.

We were successful in winning route 86 (previously operated by Stagecoach) and we started operating this service in August 2022, under contract to Cardiff City council.

These services were all operated by Adventure Travel under contract to the Vale of Glamorgan council, but they were due for retender in April 2022. We were successful in retaining all of them.

We were successful in winning route 100 (previously operated by Cardiff Bus) when it was retendered in April 2022. Route 100 operates on a Sunday only and provides a circular service in Barry.

When Easyway decided to close their business earlier in the year, we were successful in securing routes 88 and B3 which they had operated for some time. We purchased the vehicles from Easyway that had been used on these routes and kept the timetables unchanged.

Adventure Travel has recently won the contract to operate four routes in the Monmouthshire area, requiring a total of two buses. We have purchased Euro 6 buses for these routes, although we are currently operating some leased vehicles for a few weeks whilst the newer buses are being prepared for us. Our company has not operated buses in this area for quite some time. These routes are operated under contract with Monmouthshire County Council.

We were successful in securing routes 14 and 24 in Swansea (previously operated by First Cymru). Although these are fairly short-term contracts for less than two years, this period of time gives us a chance to evaluate the route performance and decide whether to bid for them in the future. These routes are operated under contract with the City of Swansea council.

We were successful in securing the summer Sunday operation of the additional 18 service again this year, under contract to the City of Swansea council.

Please feel free to email us at Info@Adventuretravel.cymru

Services will connect at Llantwit Major for onward travel to Bridgend

Click here to see what our passengers say about us...

At Adventure Travel we believe in promoting equality and diversity amongst our workforce and are committed to rewarding our people fairly, i…

We are committed to improving our practices to combat slavery and human trafficking.....

Prominent Welsh bus operator, NAT Group, has received messages of gratitude from customers for its services during the Covid-19 pandemic.

We are pleased to announce that from Monday 5th October...

It is always an early start, we quietly shuffle out of the house, trying not to wake everybody up before the larks are even awake...

Adventure Travel is delighted to announce their Charity of The Year 2021...

What a curious month February has been...

Fast forward to 2021, we are looking much closer to home - the transport industry. Well known for its male-dominated world, we acknowledge a…

"We could soon be in the top 5 training schools in Wales..."

Cleaning is and always has been a crucial element of our business...

We have a special blog this month, where we talk to two of our drivers - a father and son duo...

We're extending our 404 bus service to provide a direct route to the popular seaside town of Porthcawl...

In this month's blog, we're featuring our managing Director Adam which includes his thoughts on the pandemic and the future of Adventure Tra…

Let us introduce you to Dai, who is our Revenue and Standards Inspector at Adventure travel...

After several ‘false starts’ during 2020, a return to routine and normality is finally upon us and we can restart the p…

We are pleased to announce that the 404 extension to Porthcawl will now be an all-year extension...

Our September blog is dedicated to our school bus drivers, back behind the wheel, ensuring safe journeys to our local schools...

Chris, our Head of Engineering has given us a great insight into his position within Adventure Travel and how the Engineering department wor…

A new strategy, which aims to double the number of people who use buses in Cardiff, reduce congestion and improve air quality, is out now fo…

Welcome to ROAD SAFETY WEEK, inside November's blog we discuss what actions we take at Adventure Travel to ensure all our drivers and passen…

We're delighted to announce we'll be operating the G1 service, with a timetable on 25th April 2022!

Our 2022/23 School Bus Passes are released. See the article for further information.

Services will connect at Llantwit Major for onward travel to Bridgend

28 wonderful charities have been nominated by YOU, now it's time to vote for the winner!

We've teamed up again with Swansea Council to provide Free bus travel in Swansea this Christmas...

Please find enclosed all the service levels over the Christmas period for Cardiff, Pontypridd and Swansea.

We've teamed up with Monmouthshire Council to provide Free bus travel in the area this December...